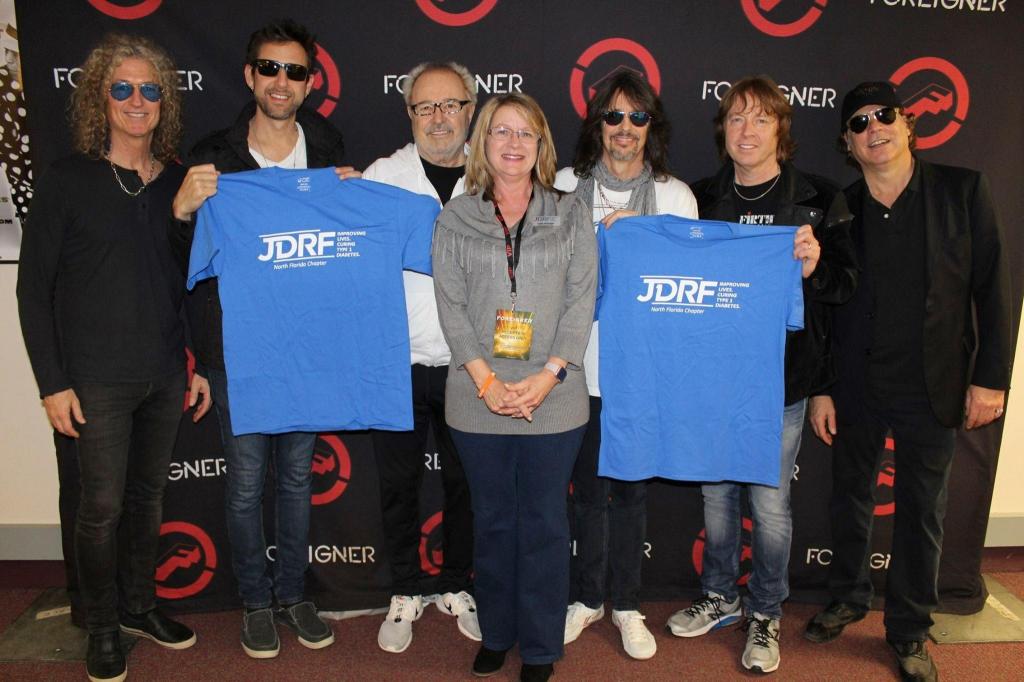 As part of Foreigners on going partnership with the The JDRF, the band recently met with Jacksonville JDRF board member, Carla Aldridge, to honor her daughter and to show their continued support for the foundation and those with T1D.  Foreigner has recently released their first-ever acoustic album and have designated all artist royalties proceeds from the album to be donated to the foundation to continue the search for a cure to Type 1 Diabetes. In addition, Foreigner has incorporated a special promotion exclusively via shop.JDRF.org that includes an opportunity to win a signed guitar. Margo K. Lucero, JDRFs senior vice president, gracefully stated that, Their generosity will move us closer to our goal to create a world without T1D. To coincide with the album release, Foreigner will bring its INCONCERT.UNPLUGGED show to select venues.