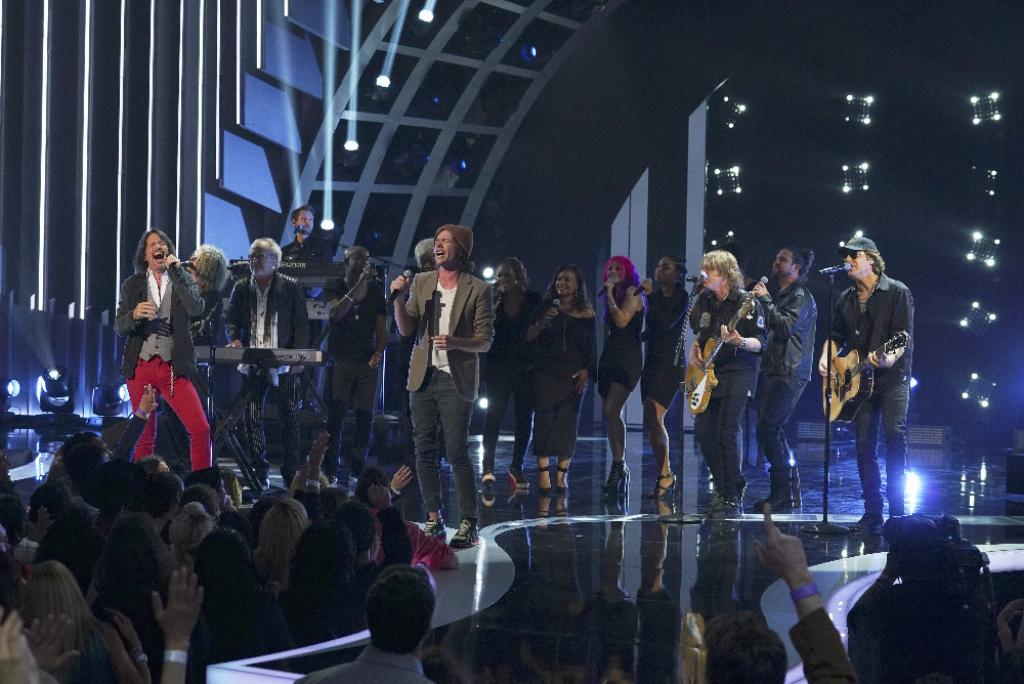 NEW VERSION OF FOREIGNER’S CLASSIC “I WANT TO KNOW WHAT LOVE IS,” RE-RECORDED WITH NATE RUESS, AVAILABLE NOW

Tonight, two vocal titans of two generations will team up for a new rendition of one of rock’s most legendary ballads for ABC’s summer program, “Greatest Hits.”

“It was so exciting for us to collaborate with NATE, who I believe has one of the best voices in today’s music scene,” explains FOREIGNER founder and lead guitarist Mick Jones. “He blended so beautifully with Kelly Hansen, and I think fans of both FOREIGNER and NATE are going really love the new version of this song that’s already loved by so many fans around the world.”

Originally released in 1984, “I Want To Know What Love Is” quickly became a #1 single in both the U.S. and the U.K., and to this day remains one of the 25 most performed songs in ASCAP’s catalog. It has been recorded by a diverse group of popular artists including Julio Iglesias, Shirley Bassey, Clay Aiken and Mariah Carey, and has been featured in the “Rock of Ages” movie and accompanying soundtrack album. It was also the 2015 season finale end title of “Orange Is The New Black.” With a message that resonates worldwide, the song has been translated into 14 languages and reinterpreted into many diverse genres.

About “Greatest Hits”:
"Greatest Hits" is a new music series, featuring Hit-Makers of the 1980s, 1990s and 2000s. Each episode will highlight a five-year period celebrating the biggest hits from that time, hosted by Arsenio Hall and Kelsea Ballerini. Each week, iconic music artists, as well as today's music chart-toppers, will take the stage and perform the songs that defined the 1980s, 1990s and 2000s. The series also features special solo performances, never-before-seen duets and incredible tributes. "Greatest Hits" airs Thursdays at 9pm ET/PT and 8pm CT on the ABC Television Network. The show is produced by AEG Ehrlich Ventures. Ken Ehrlich, James McKinlay and Raj Kapoor serve as executive producers and Leon Knoles directs. David Wild is writer/producer.

About NATE RUESS:
As the frontman of the band fun., Nate Ruess earned two Grammy® wins for the 2012 album Some Nights, including “Best New Artist” and “Song of the Year” for the 7x-RIAA platinum “We Are Young.”  Bolstered by the massive global success of “We Are Young,” which saw platinum status in 17 countries, as well as “Some Nights” (platinum in 10 countries) and “Carry On” (platinum in 3 countries), Some Nights debuted in the U.S. at #3 on the Billboard “Top 200 Albums” chart and has since been certified platinum in the U.S., U.K., New Zealand, Canada, and Ireland, selling nearly three million copies worldwide.  In total, the album has sold more than 21 million singles around the world. The following year, Ruess earned an additional Grammy® nomination for “Just Give Me A Reason,” his writing and performance collaboration with P!nk.  The two performed the song, which was certified 4x platinum in the U.S. and sold more than nine million singles worldwide, at the Awards. More recently, Ruess collaborated with Eminem on his song “Headlights.” Ruess released his first solo album, Grand Romantic, last year, which featured the song “Nothing Without Love” and guest appearances by Beck, Wilco’s Jeff Tweedy, Lykke Li, and Red Hot Chili Peppers’ Josh Klinghoffer.