A Foreigner's Tale By Mick Jones; First-Ever Official Biography Available Only at FOREIGNERBOOK.COM! 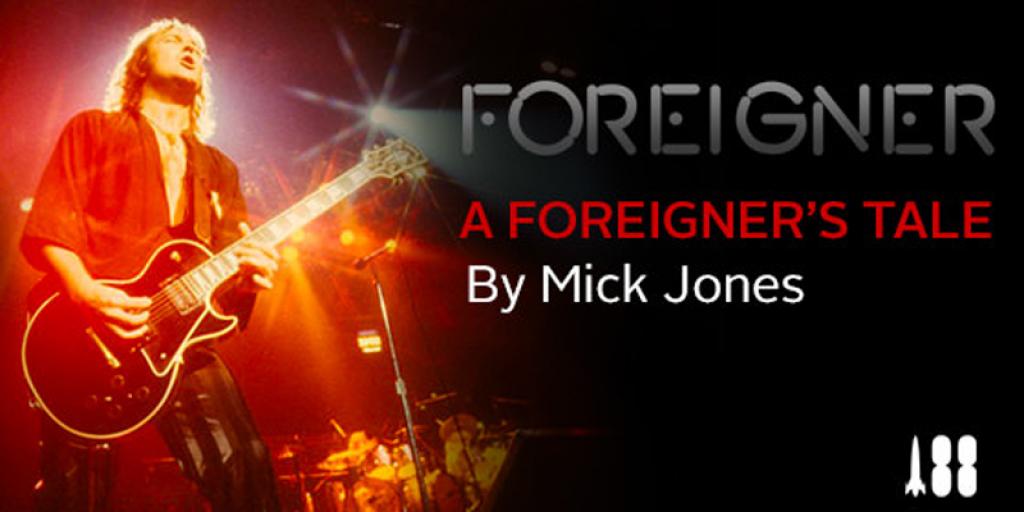 A FOREIGNER’S TALE
BY MICK JONES

Legendary rockers FOREIGNER have been universally hailed as one of the world’s most popular rock acts with 10 multi-platinum albums and 16 Top 30 hits that continue to propel sold-out tours and album sales, now exceeding 75 million. Now they’re getting ready to embark on a brand new journey into the literary world with A Foreigner’s Tale, the band’s first-ever official biography that will be available in various formats, including a limited edition.

Produced in conjunction with Rocket 88 Books, it tells the story of FOREIGNER in the words of founder, guitarist and producer Mick Jones. It will only be sold via Foreignerbook.com where fans can register their interest in the book NOW and be sure of getting a copy when it is published in 2017. Registration is not a commitment to buy, but will ensure fans get the information on the book first, a pre-order discount and the chance to have their name printed in the book.

Sumptuously illustrated throughout, A Foreigner’s Tale tells the story of how FOREIGNER became one of the world’s most successful rock acts, and also traces Jones’ personal and musical path to forming the band, from his childhood in England in the 1950s through to present day. He tells funny, revealing and intriguing stories, beginning with his remarkable early musical career with Nero and the Gladiators in London, and in France with Sylvie Vartan and Johnny Hallyday in the 1960s (including a tour with the Beatles). From there, he describes working with some great musicians (among them George Harrison and Jimmy Page) before joining Leslie West and then Spooky Tooth in New York – where Foreigner first took shape. Rare, early, personal, candid, studio and live photographs illuminate this extraordinary story, along with FOREIGNER artwork, memorabilia and Jones’ personal record and guitar collection.

Responsible for some of rock and roll’s most enduring anthems including “Juke Box Hero,” “Cold as Ice,” “Feels Like The First Time,” “Urgent,” “Head Games,” “Say You Will,” “Dirty White Boy,” “Long, Long Way From Home,” and the worldwide #1 hit, “I Want To Know What Love Is,” FOREIGNER continues to rock the charts more than thirty years into the game. Recent albums like Juke Box Heroes, a new compilation of digitally recorded Foreigner hits, and The Best of Foreigner 4 & More, recorded live from The Borgata, Atlantic City, both entered the Billboard Top 200 chart.  Foreigner also featured strongly in every category in Billboard's recently released “Greatest of All Time” listing.  Catalog sales often eclipse those of Aerosmith, The Rolling Stones, The Who, Def Leppard, Van Halen and most of their Classic Rock peers (Source: Nielsen SoundScan 2/11/16 - 2/3/16).