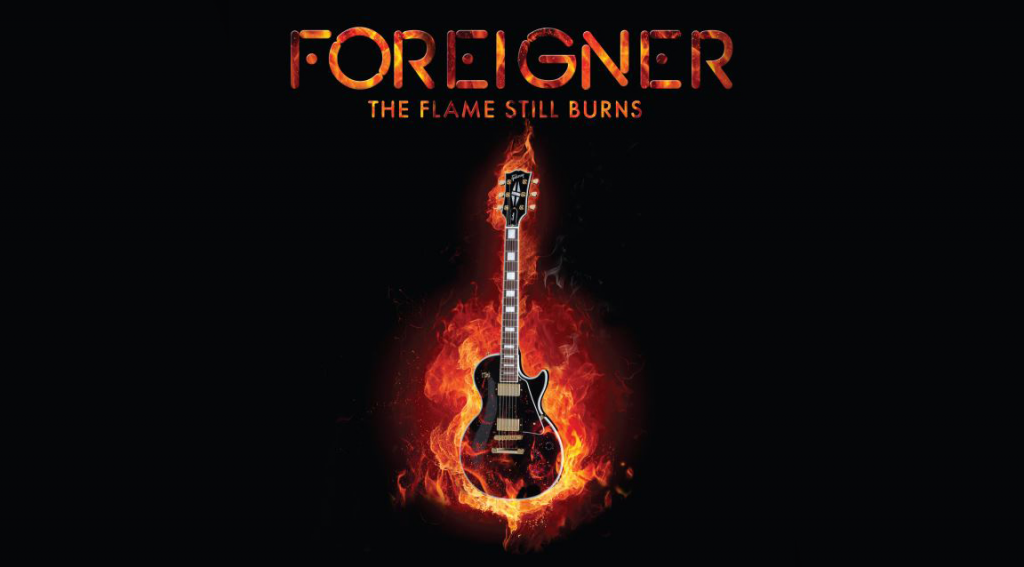 On Record Store Day’s Black Friday event on November 25--the same month the band entered Atlantic Record’s studio to record their first album in 1976 —Foreigner will release a 10” vinyl EP, THE FLAME STILL BURNS (via Rhino Records). The highly collectible EP features a brand new recording of the title track, a song Mick Jones wrote for the film Still Crazy. “The Flame Still Burns” was performed by a fictional band in the film and went on to win the prestigious Ivor Novello Award for songwriting. However, this electric version has never been officially recorded by Foreigner until now. The EP also contains a live version of “Juke Box Hero” and the original 1977 recordings of “Feels Like The First Time” and “Long, Long Way From Home.”

FOREIGNER has been universally hailed as one of the world’s most popular rock acts with 10 multi-platinum albums and 16 Top 30 hits that continue to propel sold-out tours and album sales, now exceeding 75 million. Also on October 26, they embarked on a brand new journey into the literary world with A Foreigner’s Tale, Mick Jones’ first-ever official biography that will be made available in various formats, including a limited edition.

Produced in conjunction with Rocket 88 Books, A Foreigner’s Tale tells the story of FOREIGNER in the words of founder, guitarist and producer Mick Jones and is sumptuously illustrated throughout. It will only be sold via Foreignerbook.com where fans can register their interest in the book and be sure of getting a copy when it is published in 2017. Registration is not a commitment to buy, but will ensure fans get the information on the book first, a pre-order discount and the chance to have their name printed in the book.

For updates on Foreigner’s 2017 tour, sign up for the Live Nation Newsletter http://livemu.sc/2dGxTRr

Here’s the track listing for THE FLAME STILL BURNS EP: