Foreigner Original Band Members Reunited For Platinum Plaque Ceremony To Commemorate Sales Of 'No End In Sight: The Very Best Of 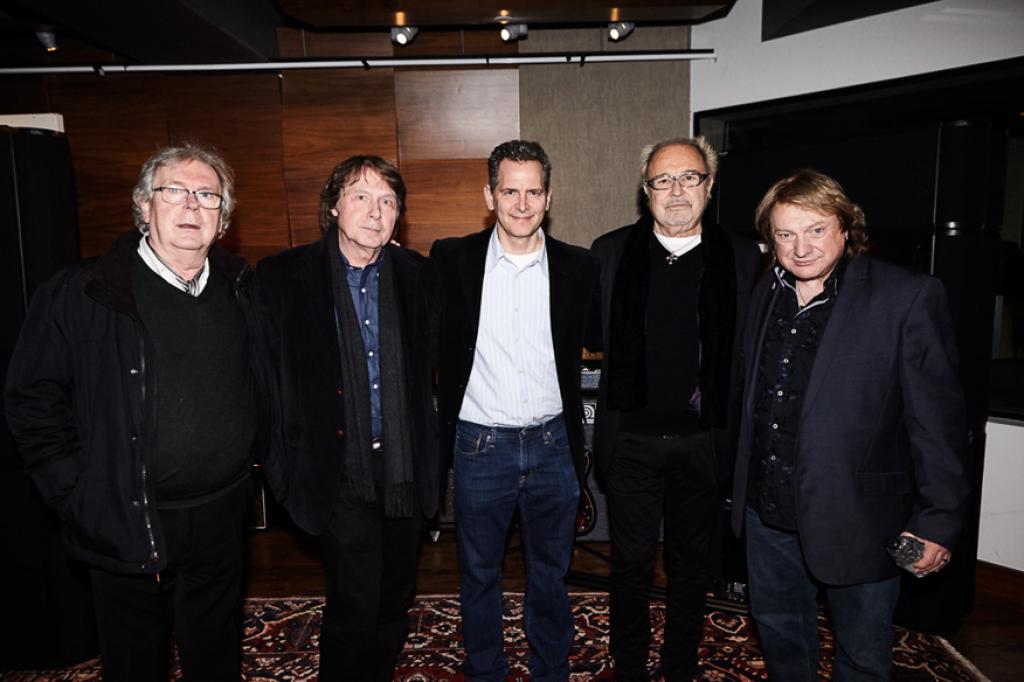 Along with Atlantic Records Chairman & CEO Craig Kallman, original members Mick Jones, Lou Gramm (lead vocals), Al Greenwood (keyboards), and Ian McDonald (rhythm guitar, keyboards, saxophone, flute, backing vocals) came together for the Platinum plaque presentation, which took place on Monday, December 5th at the Atlantic Records office in New York City. Fittingly, the presentation took place in a room dedicated to the memory of Atlantic founder Ahmet Ertegun, a close friend of the band’s throughout their many years at the label.

In the last 10 years, only four other Classic Rock artists have released albums featuring new music that have been certified Platinum by the RIAA: Eagles, AC/DC, Bruce Springsteen, and Journey.

“NO END IN SIGHT was named as a tribute to the longevity of FOREIGNER’s music,” said founding member Mick Jones. "Lou Gramm, Al Greenwood, Ian McDonald, Ed Gagliardi, Dennis Elliott, Rick Wills and I originally brought these songs to life. Years later, the current members of FOREIGNER added their talent to NO END IN SIGHT, and continue to bring our music to a whole new legion of fans.”

“In the seven-decade history of Atlantic Records, there is a select group of artists who stand out as true musical icons, and Foreigner certainly belongs in that elite family,” said Craig Kallman. “Their longevity is a real testament to the power of timeless songwriting, fantastic musicianship, and Mick Jones’s brilliant vision for the band from day one. The fact that they’ve scored yet another platinum award 40 years since the release of their first album proves that their music remains relevant and compelling today, spanning generations of fans. We’re immensely proud to have Foreigner’s incredible body of work as part of Atlantic’s heritage.”

“In 1977, all of us at Atlantic Records knew that we had discovered something very special with Foreigner. The quality of the songwriting and the majesty of the performances quickly took us to new heights.  It is a personal thrill for me to continue the journey with Mick Jones as he leads Foreigner to renewed successes all over the world,” says Phil Carson, Manager of Foreigner.

FOREIGNER has been universally hailed as one of the world’s most popular rock acts with ten multi-platinum albums and 16 Top 30 hits that continue to propel sold-out tours and album sales, now exceeding 75 million.