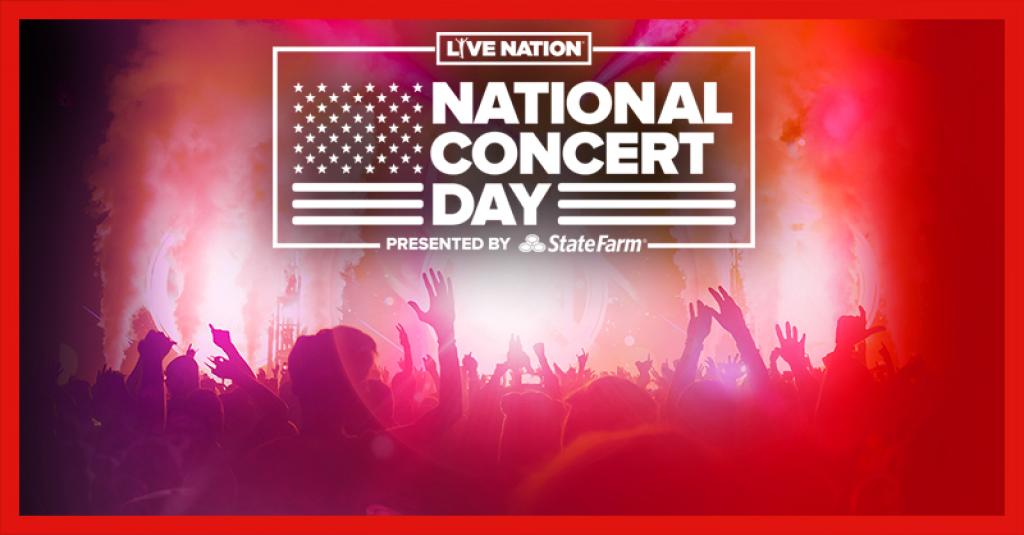 LOS ANGELES (April 25, 2017) - From experiencing live music under the stars at an outdoor amphitheater, to rocking out at an arena, or taking a road trip to a music festival, there is something special about summer concerts, and Live Nation is celebrating the start of the season with National Concert Day on May 1, as well as the Kickoff to Summer Ticket Promotion, which offers over 1,000,000 tickets to some of Live Nations summer tours for just $20 (thats all-in, no additional fees).

Presented by State Farm and produced by Live Nation, National Concert Day is a time for artists and fans to unite around their love of live music. With most tours and festivals already announced, its also a great time for fans to plan out their summer concert schedule throughout May, June, July and August.

In celebration of National Concert Day, for one week only, Live Nation is launching their Kickoff to Summer Ticket Promotion by making over one million tickets available for just $20. There will be tickets for 50+ tours and 1000+ shows at venues across the nation. The general on-sale for the Kickoff to Summer Ticket Promotion begins Tuesday, May 2 at 8am local time, and continues for one week through Tuesday, May 9. See below for a highlight of performers offering $20 tickets, and visit livenation.com/20ticket for more information and to purchase tickets.

AT&T is bringing customers to the front of the line for the Kickoff to Summer Ticket Promotion with AT&T priority presale ticket access beginning Monday, May 1 at 10am local time through the AT&T THANKS program. For complete presale details visit att.com/frontoftheline.