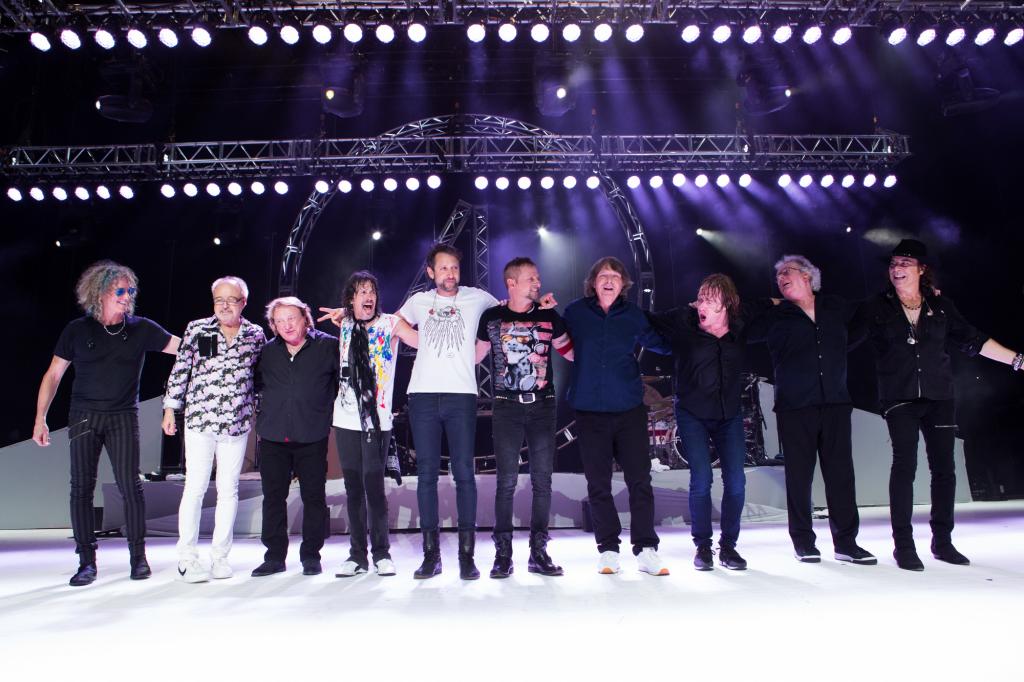 Video by Karsten Staiger
By Daniel Kreps at Rolling Stone

Foreigner reunited with three key former members for the first time since 1980 as Lou Gramm, Al Greenwood and Ian McDonald joined the group onstage Thursday during a concert at Jones Beach, New York.

Gramm, who fronted Foreigner from their inception in 1976 until 2003, sang lead with the band for the first time in 14 years, while multi-instrumentalist McDonald and keyboardist Greenwood, both founding members of Foreigner, last performed with the group in 1980.

Together again after 37 years, the reunited iteration of Foreigner performed three tracks: "Long, Long Way From Home, I Want to Know What Love Is" and "Hot Blooded."

"It was great to have Lou, Al and Ian join us onstage last night, and certainly brought back some special memories," guitarist and founding member Mick Jones said in a statement.

"All the original guys are out there playing live shows and working on studio projects. A performance by the entire original band for a Rock & Roll Hall of Fame induction next year would be a great way to cap off our 40th Anniversary celebrations."

Earlier this year, Gramm and Jones hinted that a Foreigner reunion could be in the works in some capacity as the band embarked on their 40th anniversary tour; their self-title debut album was released in 1977. The duo last performed together in 2013 at their induction ceremony into the Songwriters Hall of Fame, Ultimate Classic Rock notes.

Foreigner recently embarked on a summer tour with support from Cheap Trick and Jason Bonham's Led Zeppelin Experience. It's unclear whether Gramm, Greenwood and McDonald will appear at upcoming stops or if the reunion was a one-off until a potential Rock Hall induction.