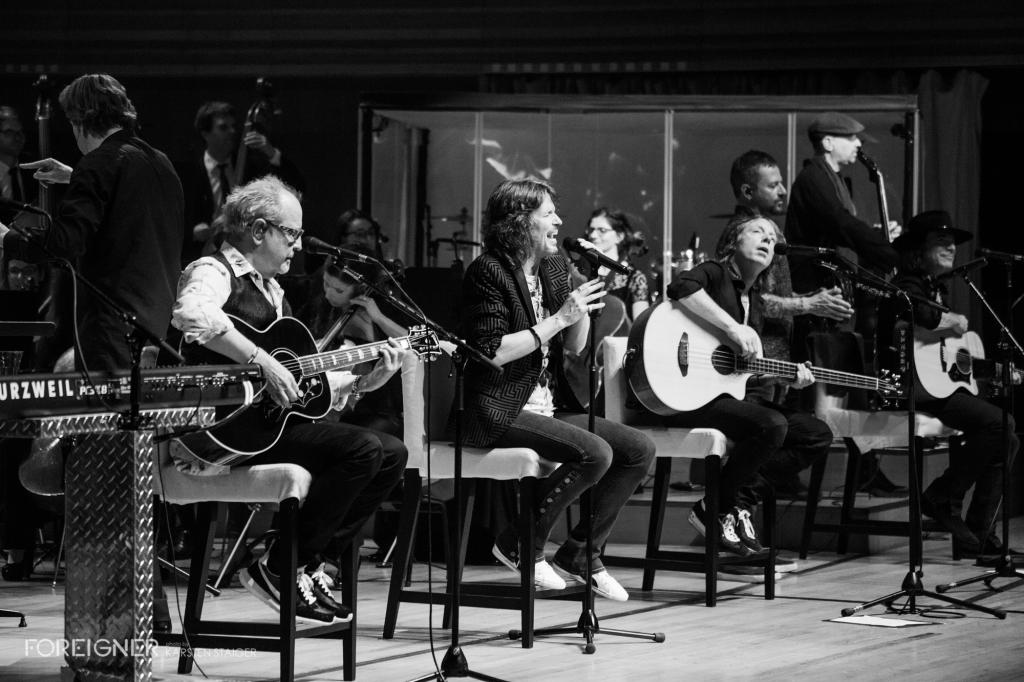 FOREIGNER WITH THE DAVE EGGAR ORCHESTRA

October 19, 2017 (New York, NY) -- I Want To Know What Love Is, Cold As Ice, Waiting For A Girl Like You, Hot Blooded, Juke Box Hero.  FOREIGNERs timeless anthems continue to rock the charts and sell out tours forty years into the game.

Now, FOREIGNER is reimagining these hits for a new US orchestral concert series: Foreigner with The Dave Eggar Orchestra. FOREIGNERs orchestral concert series will provide a once-in-a-lifetime opportunity for US fans to experience the bands most popular hits with a full orchestra, conducted by both Juilliard cello virtuoso Eggar, who has performed, recorded and arranged for artists that include Coldplay, Paul Simon, Amy Winehouse, Beyonce and many more, and his arranging partner, Chuck Palmer.

This series is inspired by summer 2017s sold-out orchestral concerts with Switzerlands 21st Century Symphony Orchestra & Chorus which took place in Lucerne. Conducted by Ernst van Tiel, and in participation with Dave Eggar and Chuck Palmer, these concerts were recorded and videotaped for a forthcoming CD/DVD release through ear-Music and a PBS television special to air later this year.

Says FOREIGNER founding member and lead guitarist, Mick Jones, I never could have imagined when I set out to create Foreigner forty years ago, that wed still be touring around the world and performing the music we love all these years later. I cant express the gratitude I feel when fans share stories of how our songs have been woven into their milestones and memories over the years.  Dave Eggar and Chuck Palmers orchestral arrangements have shown us a new dimension of our music, which I hope our fans will enjoy.

Responsible for some of rock and rolls most enduring anthems including Juke Box Hero, Cold As Ice, Hot Blooded, Waiting For A Girl Like You, Feels Like The First Time, Urgent, Head Games, Say You Will, Dirty White Boy, Long, Long Way From Home and the worldwide #1 hit, I Want To Know What Love Is, FOREIGNER continues to rock the charts more than forty years into the game with massive airplay and continued Billboard Top 200 album success.  FOREIGNER also features strongly in every category in Billboards Greatest of All Time listing.  Catalog sales often eclipse those of Led Zeppelin, AC/DC, the Rolling Stones, the Who, Def Leppard, Van Halen, Aerosmith and most of their Classic Rock peers.  (Source: Nielsen SoundScan week ending 8/3/17).

Tickets go on sale on November 3rd and are available at Ticketmaster.com