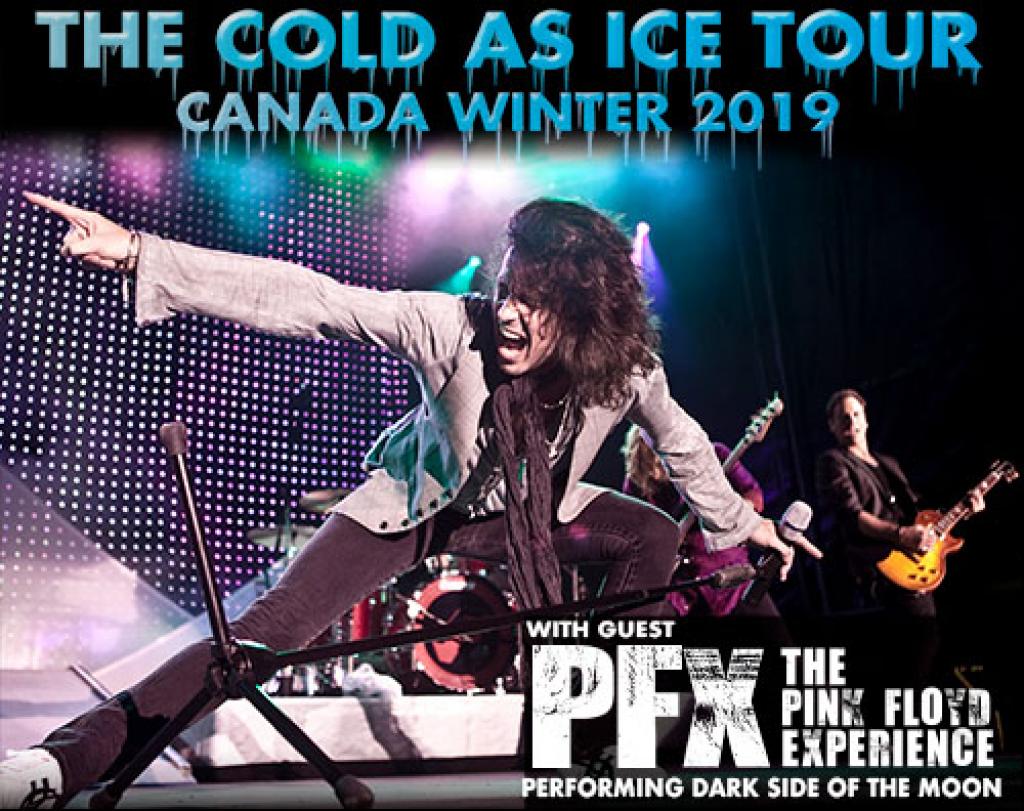 (October 15, 2018) - FOREIGNER, the band behind “I Want To Know What Love Is,” “Cold As Ice,” “Juke Box Hero,” and so many others of rock’s most enduring anthems, announces the Winter 2019 Cold As Ice tour. The legendary rock band will heat up the cold Canadian nights with a series of “hot blooded” tour dates. The perfect holiday gift for your favorite music lover, this tour comes on the heels of the Toronto world-premiere of the new musical, “Juke Box Hero” at the iconic Ed Mirvish Theatre.
Foreigner’s 18-city tour launches in Vancouver, BC on February 22nd and rocks across Canada as the band - Mick Jones (lead guitar), Kelly Hansen (lead vocals), Tom Gimbel (rhythm guitar, sax, vocals), Jeff Pilson (bass, vocals), Michael Bluestein (keyboards), Bruce Watson (guitar) and Chris Frazier (drums) – bring FOREIGNER’s arsenal of hits to Canada.
Excitement is building around the upcoming premiere of Juke Box Hero, the Musical in Toronto on February 21 – 24th at The Ed Mirvish Theatre following a series of sold-out workshops in Alberta and Calgary this past summer. Written by the prolific writing duo, Dick Clement and Ian La Frenais, responsible for The Commitments movie and the Tracey Ullman TV show, the show features many of FOREIGNER‘s 16 iconic Top 30 hits.
“I never could have imagined when I set out to create Foreigner more than forty years ago, that we’d still be touring around the world and performing the music we love,” says founding member and lead guitarist Mick Jones. “I had so many great times with Foreigner in Canada and I’m thrilled that now Canada will see the premiere of our brand new musical, Juke Box Hero, and that we’ll bring our music across the country with the Cold As Ice tour.”
In April 2018, FOREIGNER topped the Billboard Classic Album Charts for the first time with its latest album, FOREIGNER WITH THE 21ST CENTURY SYMPHONY ORCHESTRA & CHORUS, a live recording of FOREIGNER’s first-ever orchestral shows in Lucerne, Switzerland. The band headlined shows in the US, Europe, Australia and New Zealand this year including sold-out appearances at London’s Royal Albert Hall and the iconic Sydney Opera House. In the summer of 2018, FOREIGNER starred in a thirty city Live Nation US summer tour with Whitesnake and Jason Bonham’s Led Zeppelin Evening in support.
Since the 1977 release of their first hit “Feels Like The First Time” and their self-titled debut album on Atlantic Records, FOREIGNER has been universally hailed as one of the world’s most popular rock acts with 10 multi-platinum albums, 16 Top 30 hits, and worldwide album sales exceeding 80 million.  Responsible for some of rock and roll’s most enduring anthems including “Juke Box Hero,” “Cold As Ice,” “Feels Like The First Time,”  “Hot Blooded,” “Waiting For A Girl Like You,” “Urgent,” “Head Games,” “Say You Will,” “Dirty White Boy,” “Long, Long Way From Home,” and the worldwide #1 hit, “I Want To Know What Love Is,” FOREIGNER continues to rock the charts more than forty years into the game. FOREIGNER also features strongly in every category in Billboard’s Greatest of All Time listing.  Catalog sales often eclipse those of Led Zeppelin, AC/DC, the Rolling Stones, the Who, Def Leppard, Van Halen, Aerosmith and most of their Classic Rock peers.  (Source: Nielsen SoundScan week ending 8/3/17).
CHECK OUT THE TOUR AT THESE CANADIAN STOPS: