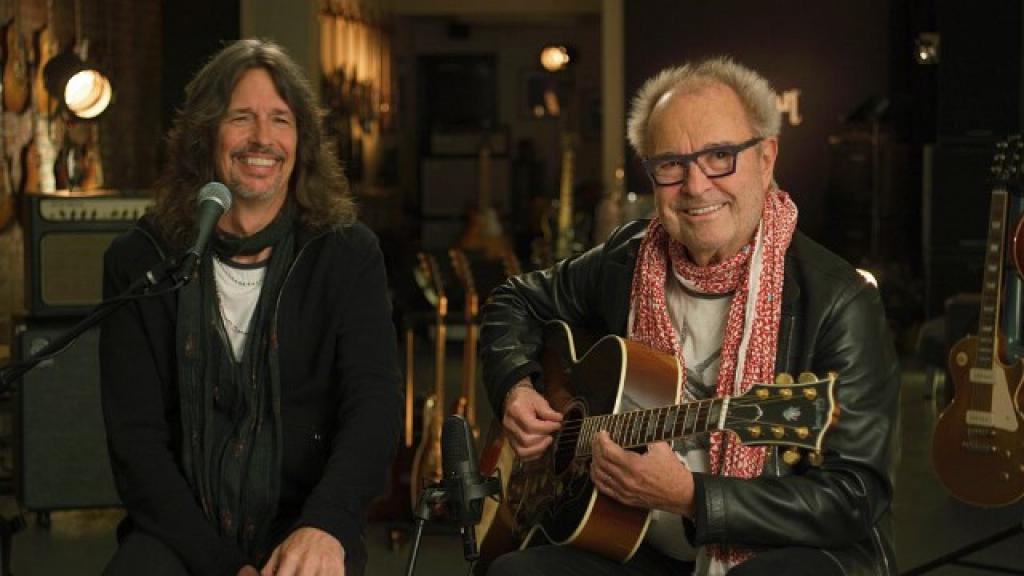 By Bruce Haring - Original Article at Deadline Hollywood
August 9, 2019 8:00am

Mick Jones, Don McLean, Kevin Cronin and Robby Krieger are among the rock legends who will share their personal mixtape playlists of music that shaped their lives and influenced their careers in a new AXS TV series.

Mixtape premieres Thursday, Sept. 12 at 8:30 ET/5:30 PT, spotlighting a different rock icon for each week of the eight-episode series. The show will feature unplugged performances of songs the interviewees love, and some additional guest starring appearances. The show was filmed at the Gibson Guitar Showroom in Hollywood.

In addition to TV, the show will be available as a Spotify podcast that will provide additional commentary and the guest’s complete music playlist. Both AXS TV and Spotlify will promote the series, podcast and playlists.

The first episode features Foreigner founder, songwriter and guitarist Mick Jones, who shares anecdotes about spending time with The Beatles in France just before the band embarked on its landmark tour of America. Jones is joined by Foreigner vocalist Kelly Hansen, who discusses singing “I Can See Clearly Now” with reggae pioneer Johnny Nash.

Other appearances slated include REO Speedwagon frontman Kevin Cronin, who talks about how The Beatles’ groundbreaking performance on The Ed Sullivan Show drove him to a career in rock and performs REO Speedwagon’s unforgettable hit “Keep Pushin’” with bandmate Dave Amato; Rick Springfield, who explains how The Rolling Stones inspired him to collect obscure rock albums; Don McLean, who recalls the genius of Buddy Holly, and delivers a performance of his signature hit “American Pie”; former Eagles guitarist Don Felder, who recounts seeing Elvis Presley on The Ed Sullivan Show for the first time; The Doors guitarist Robby Krieger, who performs a rendition of “Don’t Be Cruel” with actor and musician Dennis Quaid; and  multi-talented singer, songwriter, and producer Todd Rundgren.

“AXS TV is proud to bring Mixtape to our passionate audience of classic rock connoisseurs,” said Evan Haiman, VP  of music programming and production, AXS TV. “The series is the perfect complement to our music programming lineup – spanning across an eclectic array of eras and genres, and putting the spotlight on some of rock’s most influential artists as they reflect on those larger-than-life rock n’ roll heroes who inspired and influenced them.”