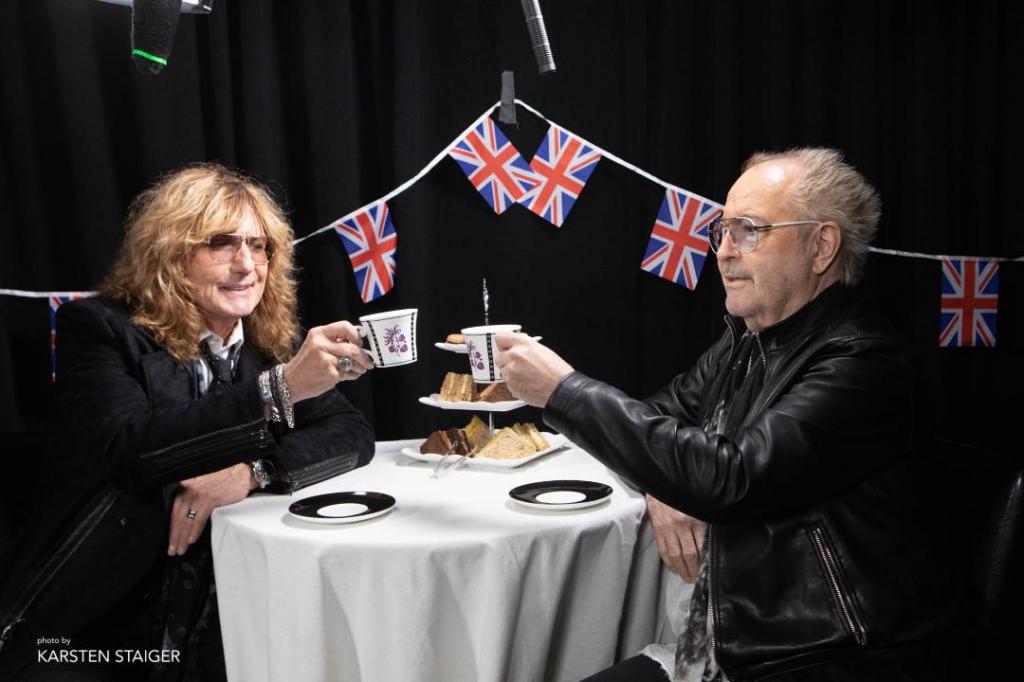 London, UK (Monday 4 November 2019) —Whitesnake and Foreigner today announce that together they will be hitting the road across the U.K. in 2020 alongside very special guests Europe. Tickets on sale Friday 8th November 2019 from 9am at LiveNation.co.uk
The legendary artists will tour the U.K. starting Sunday 31st May 2020 in London before hitting Cardiff, Birmingham, Glasgow, Newcastle and Manchester.  Together both Whitesnake and Foreigner boast a catalogue that spans the decades with seminal and anthemic hits such as “Here I Go Again”, "Still Of The Night" and “Is This Love” [Whitesnake], “I Want To Know What Love Is” and “Cold As Ice” [Foreigner] to name a few. Very special guests Europe will bring their electrifying “The Final Countdown” and more to this six date U.K. arena tour.
One of the most anticipated tours of 2020, even this mega line-up cannot contain their excitement! “Thrilled beyond words we can finally come see You All in the UK!!! It’s going to be One Helluva Night together!! With our friends FOREIGNER & EUROPE!!! Can’t Wait!!! See You Soon!!!” says David Coverdale of Whitesnake.
Mick Jones from Foreigners said “We can’t wait to kick off the summer in the UK with a massive tour alongside our friends Whitesnake and Europe. We’re looking forward to playing all our biggest hits for our fans, and rocking across the country”.
Europe’s Joey Tempest said “What an explosive start to the summer of 2020 for us! A U.K. Arena tour with our friends in Whitesnake and Foreigner! YEAH! An evening of some of the biggest anthems in classic Rock! We are truly honored to be invited as special guests”.
Whitesnake, Foreigner and Europe will take fans on a musical journey at this once in a lifetime performance. Combining arguably music’s most celebrated rock legends, this tour will see Whitesnake, Foreigner and Europe perform their formidable musical arsenal.
WHITESNAKE, FOREIGNER & EUROPE 2020 TOUR
Tickets for Whitesnake & Foreigner with very special guests Europe go on sale Friday 8th November 2019 from 9am at LiveNation.co.uk
About Whitesnake
Mega platinum WHITESNAKE, the legendary rock ’n’ roll band founded and formed by DEEP PURPLE singer and Rock and Roll Hall Of Famer DAVID COVERDALE are proud to announce the continuation of the 2019 “FLESH & BLOOD” World Tour into 2020.  Following the global success of the "FLESH & BLOOD" album WS played 55 shows in 24 countries to over 600,000 fans in 2019.
As in 2019, the tour will feature songs from the bands critically acclaimed and award winning 13th studio record entitled “FLESH & BLOOD” alongside their biggest hits & songs from one of the greatest back catalogues in rock ‘n’ roll history spanning over 40 years.
About Foreigner
With ten multi-platinum albums and 16 Top 30 hits, FOREIGNER is universally hailed as one of the most popular rock acts in the world with a formidable musical arsenal that continues to propel sold-out tours and album sales, now exceeding 80 million. Responsible for some of rock and roll’s most enduring anthems including “Juke Box Hero,” “Cold As Ice,” “Hot Blooded,” “Waiting For A Girl Like You,” “Feels Like The First Time,” “Urgent,” “Head Games,” “Say You Will,” “Dirty White Boy,” “Long, Long Way From Home” and the worldwide #1 hit, “I Want To Know What Love Is,” FOREIGNER still rocks the charts more than 40 years into the game with massive airplay and continued Billboard Top 200 album success.
About Europe
With over three decades and dozens of millions albums sold, including a no1 hit in 25 countries, Joey Tempest (vocals), John Norum (guitars), Mic Michaeli (keyboards), John Leven (bass) and Ian Haugland (drums) are as hardworking as ever, annually performing concerts worldwide and producing new albums that are critically acclaimed by fans and the music industry alike.
About Live Nation Entertainment
Live Nation Entertainment (NYSE: LYV) is the world’s leading live entertainment company comprised of global market leaders: Ticketmaster, Live Nation Concerts, and Live Nation Media & Sponsorship. For additional information, visit www.livenationentertainment.com
Back To News