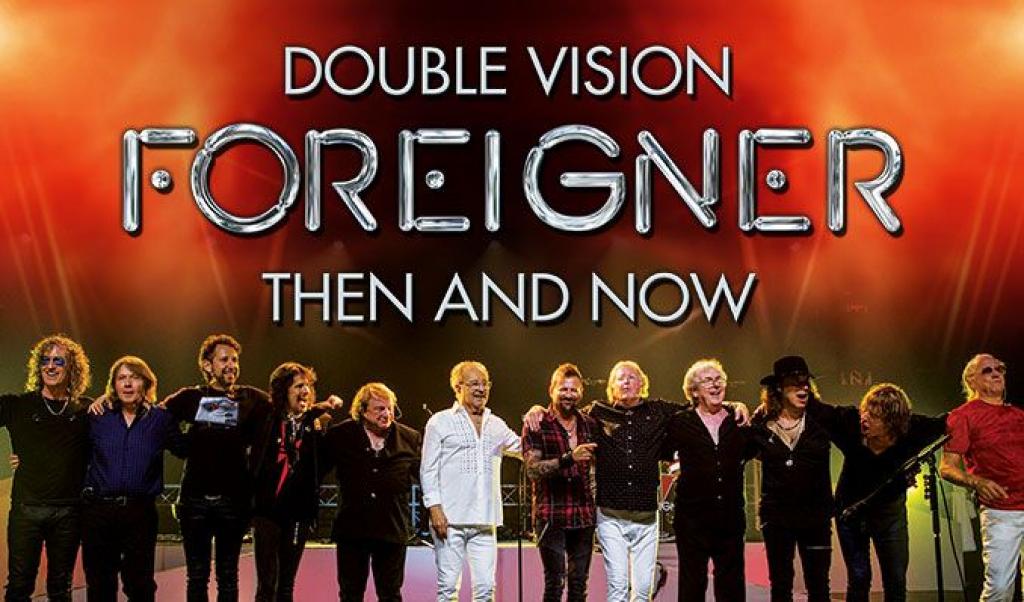 Now for the first time ever, FOREIGNER presents Double Vision: Then and Now, four special celebration events featuring all current band members plus the original band members who helped to put the iconic group on the map more than forty years ago. Lou Gramm, Dennis Elliott, Al Greenwood, Ian McDonald and Rick Wills join Mick Jones and FOREIGNER to rock through some of the best-selling songs from the bandâs albums,and bring back the memories that make it feel like the first time for both long-time fans and
Read This Article

FOREIGNER charts new territory as Foreigner with the 21st Century Symphony Orchestra & Chorus tops the Billboard Classical Album Chart and inspires sold out tour dates. FOREIGNERâS recent European tour included sold out shows at London's Royal Albert Hall, in Tel Aviv, Hamburg, ReykjavÃ­k and a return to The Kultur und Kongresszentrum in Lucerne where the band has now played four shows to sold-out audiences. In addition to this, the band's appearance with the National Youth Orchestra of Australia has alr
Read This Article

(July 25, 2018) - âI Want To Know What Love Is.â âCold As Ice.â âHot Blooded.â âJuke Box Hero.â FOREIGNER, the band behind these classic and iconic songs, recently kicked off their 29-city Juke Box Heroesâ tour as they rock across the US with one of the hottest Live Nation tours of the summer. On June 22nd in Jones Beach, New York, history was made when original FOREIGNER members Al Greenwood and Ian McDonald joined the band â Mick Jones (lead guitar), Kelly Hansen (lead vocals), Tom G
Read This Article 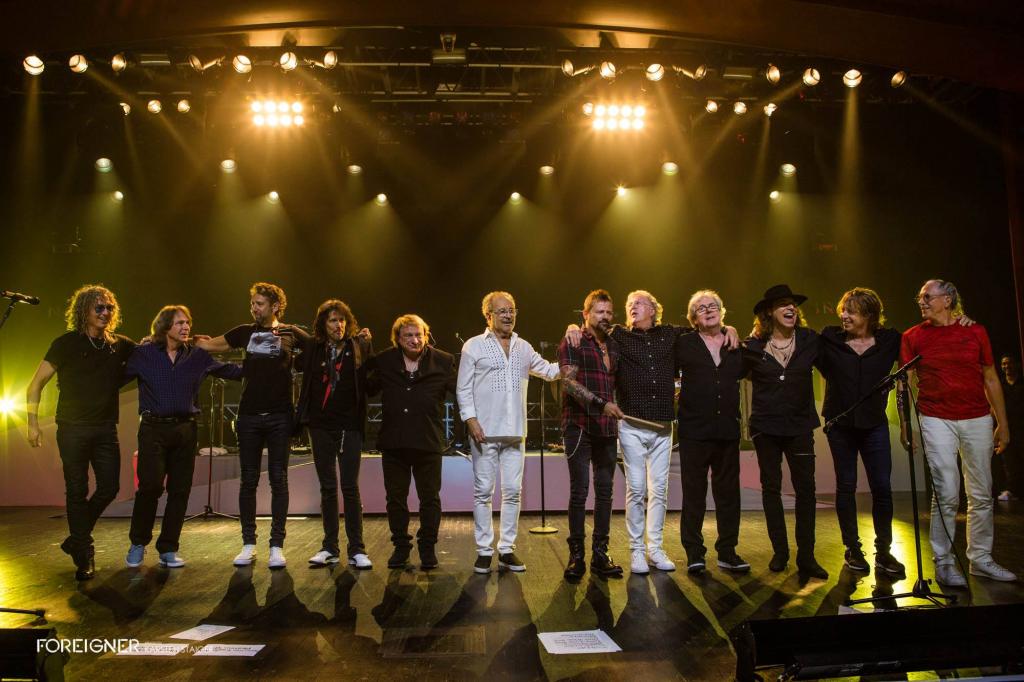 In 2011, as part of FOREIGNERâs ongoing commitment to music education in high schools, the GRAMMY MUSEUM joined the band in a combined effort to fund individual high school music programs across the country. After seven years, the program is still going strong, making rock dreams come true for high school kids all over the US! The Juke Box Heroes Tour with Whitesnake and Jason Bonham's Led Zeppelin Evening kicks off today in Bangor, ME!
Read This Article 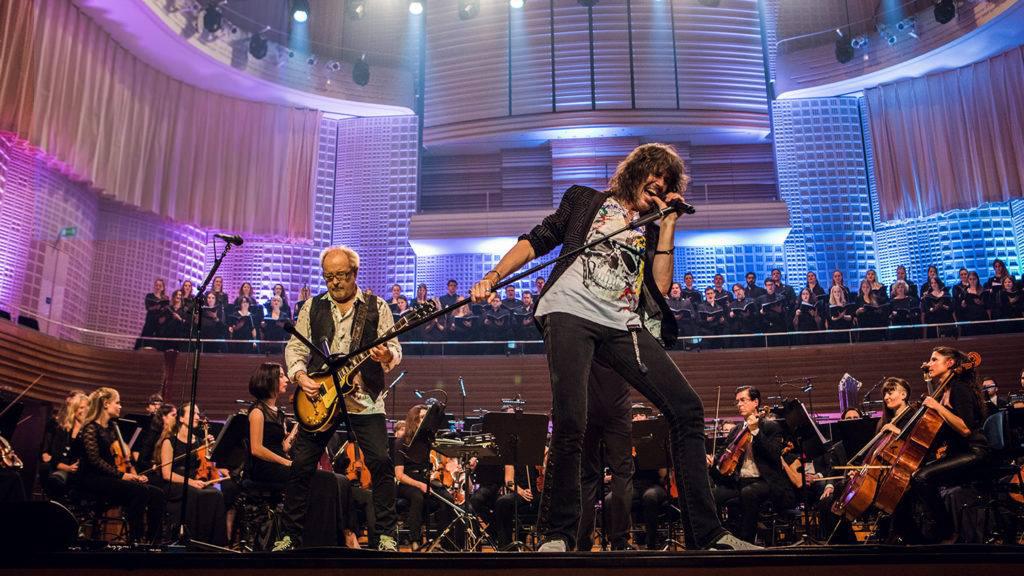 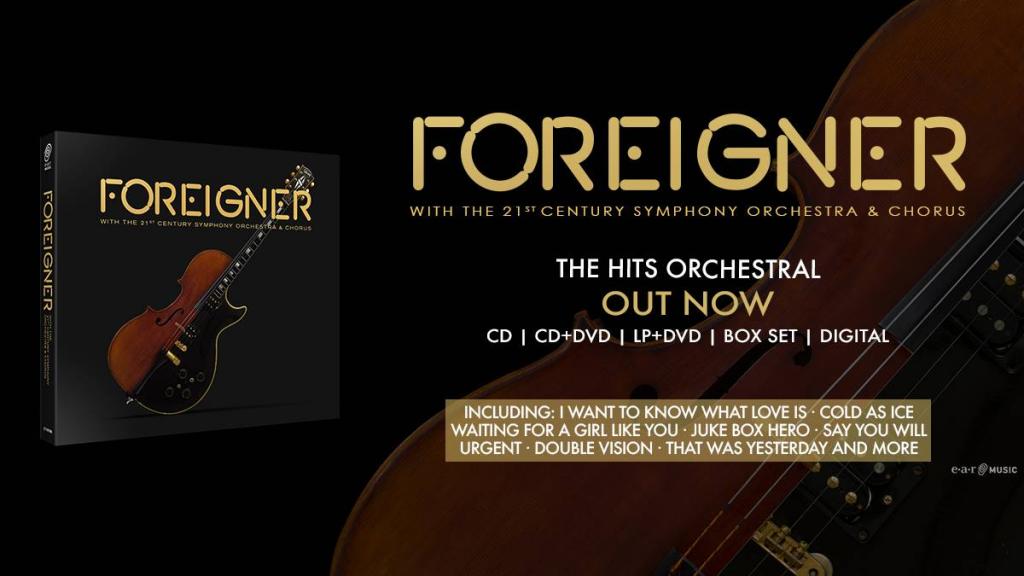 FOREIGNER have now entered new territory for the first time ever, topping both the Classical Albums and Classical Crossover Albums Billboard charts with FOREIGNER with the 21st Century Symphony Orchestra & Chorus, a presentation of all their hits with a 58-piece orchestra and a 60-piece choir available via earMUSIC. The album is #1 for the second week in a row on the Classical Albums chart - a first for the band that has also previously topped the Billboard 200, Billboard Hot 100, Mainstream Rock Songs and
Read This Article 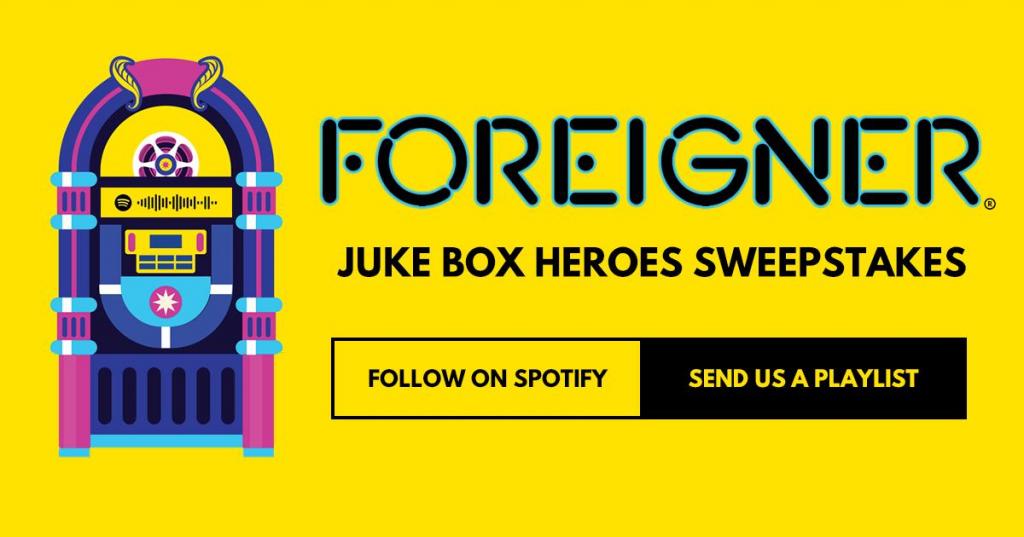 Foreigner kicks off Spotify the "Juke Box Heroes Playlist Takeover", which will launch May 8, 2018 to celebrate the release of their latest album, FOREIGNER WITH THE 21ST CENTURY SYMPHONY ORCHESTRA & CHORUS. âForeigner Juke Box Heroes Playlist Takeoverâ competition is a fun and engaging way for FOREIGNER fans to celebrate the bandâs legendary music and the era of music and pop culture they helped define. To kick it all off, FOREIGNER have launched their own rock-themed playlist titled âJuke Box H
Read This Article 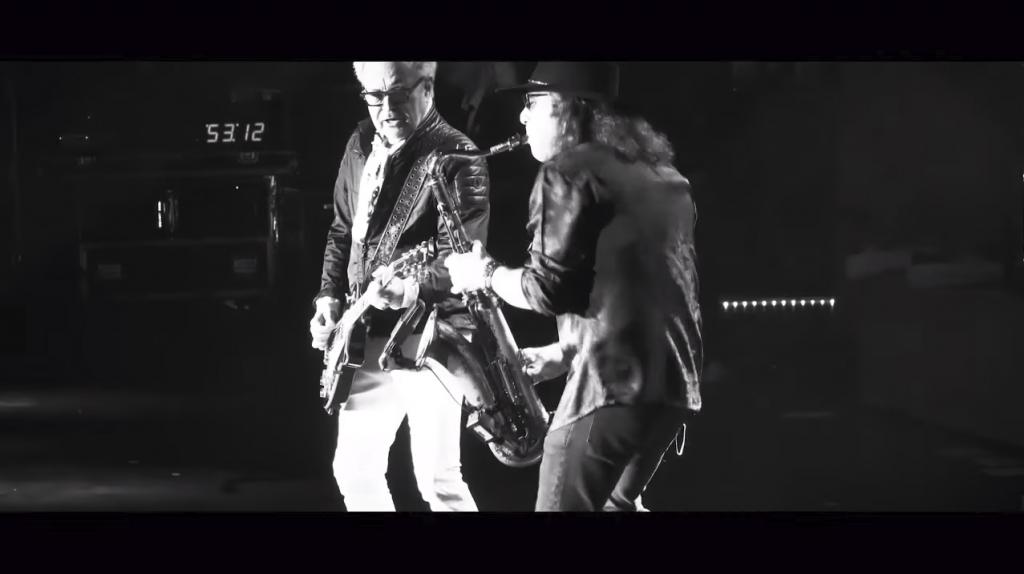 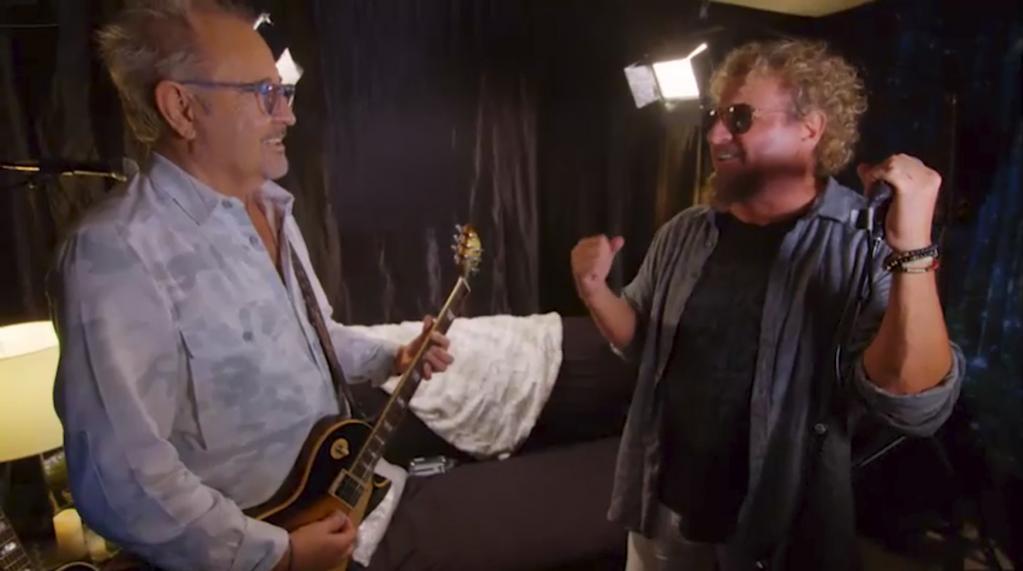 Mick Jones, the celebrated guitar guru and founder of the iconic rock band Foreigner, sits down with Sammy Hagar to discuss his legendary life and career in an all-new episode of âRock & Roll Road Tripâ airing Sunday, April 29, at 9pEâonly on AXS TV. In this exclusive first look, the pair team up for a roaring jam session, tackling the Foreigner fan-favorite âDirty White Boyâ from the bandâs seminal 1979 album Head Games. Leading into the jam, Sammy shares a humorous anecdote about the littl
Read This Article 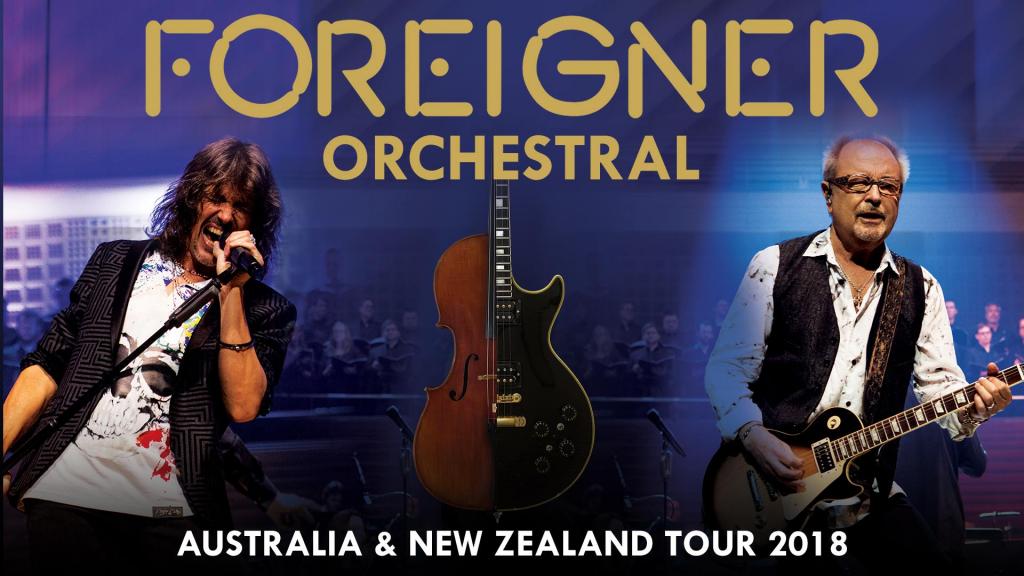 FOREIGNER will return to Australia this October to perform a series of newly envisaged orchestral concerts. Fans will be treated to a string of shows in Canberra, Adelaide, Perth, Melbourne and a night at the iconic Sydney Opera House Concert Hall on Thursday 18th October. See full tour dates below.
Read This Article 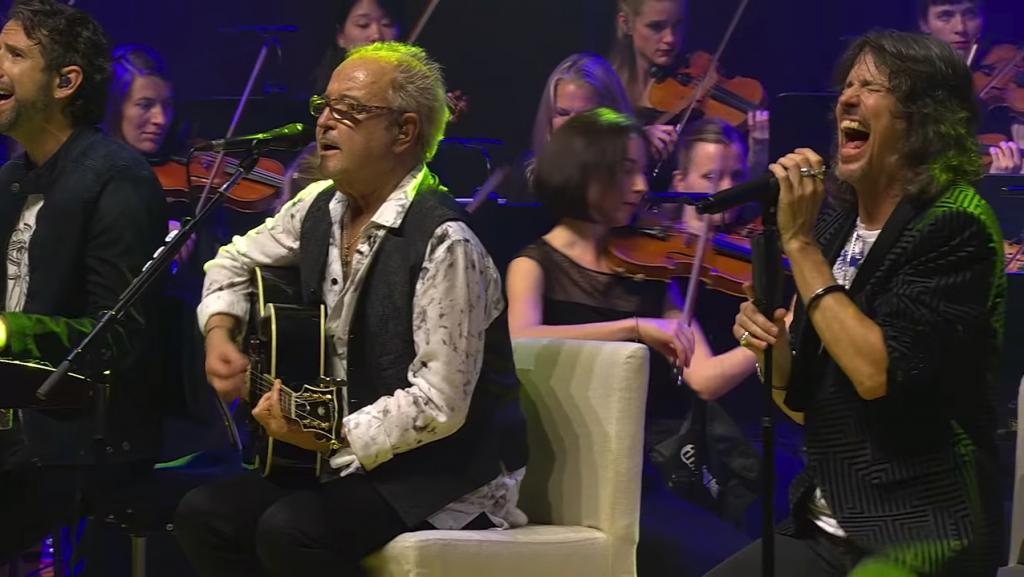 "I Want To Know What Love Is", "Cold As Ice", "Waiting For A Girl Like You", "Hot Blooded", "Juke Box Hero". Foreignerâs timeless anthems continue to rock the charts with ten multi-platinum albums, sixteen Top 30 hits and album sales now exceeding 75 million copies. For the first time ever, Foreigner will present all their hits with a 58 -piece orchestra and a 60-piece choir with Foreigner with the 21st Century Symphony Orchestra & Chorus available on April 27th, 2018 via earMUSIC. Watch a video for the c
Read This Article

Foreigner fans pumped to catch the band on their upcoming U.S. tour with the Dave Eggar Orchestra can get a taste of the action via a newly posted official live video of their 1978 hit âDouble Vision.â The performance is the lead release from the âHot Bloodedâ hitmaker's forthcoming live set Foreigner with the 21st Century Symphony Orchestra & Chorus, which drops in multiple formats on April 27 via Earmusic.
Read This Article 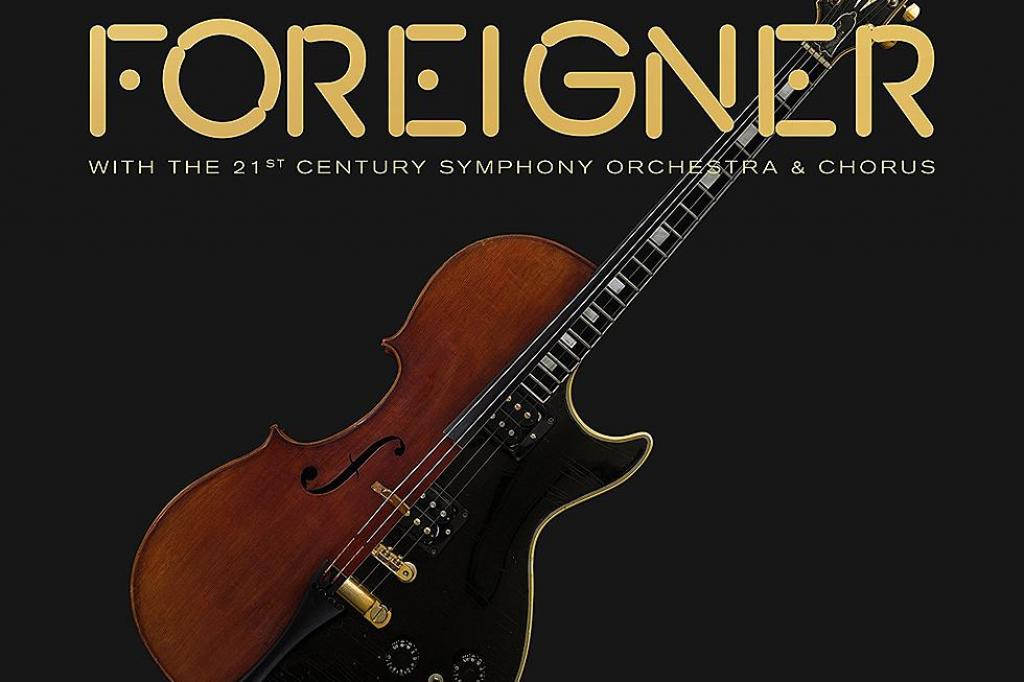